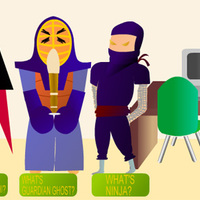 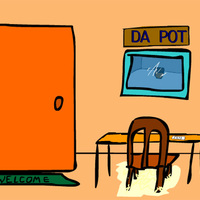 Escape From the Chestnut Room Walkthrough

—–Step 1——————————-
- Turn right or left twice, grab the gun hanging from the deer’s head.
- Turn left. Use the gun on the nail above the picture.
- Click the safe to zoom in (try not to click the puzzle, though).
- You need to draw a single continuous line, not crossing itself, hitting each green square once and only once. Click once to specify the starting point, then click in the direction you want the line to move. The line will continue until it hits something - an edge, a gray square, or a lit-up square.
- When you’ve solved the puzzle, click the handle to open the safe.
- If you mess up, zoom out, turn right once, and click the deer’s antlers until they move all the way down, then back up again.
- If you simply can’t get the puzzle, restart the game. (See why we’re doing this part first?)

—–Step 3——————————-
- Open the top drawer of the cabinet and get the book.
- Get the crowbar from the first safe. Might as well get the chainsaw, too.
- Click the plant pot to move it to the floor.
- Use the crowbar on the bottom left of the cabinet until it topples over.
- Turn right and get the note from the table (behind the stuffed sable).
- Read the note. It’ll have a list of animals; you need to figure out which figure# from the book corresponds to each of the animals. The following seems to pretty useful:
http://www.cityofmelrose.org/departments/Conservation/files/tracks/tracks.jpg
If the animal you need isn’t on that picture, do a Google image search for “[animal name] tracks”.
- Once you’ve figured out your six-digit code, click the number pad on the second safe and dial in your numbers. Zoom out and click the keyhole with the key. If it doesn’t open, re-check your code; some of those tracks can look awfully similar.
- Put the book and the note back where you found them.

—–Step 4——————————-
I’m just listing locations here, you should be able to put it together yourself. Remember to put the teeth you’ve found onto the chainsaw occasionally, otherwise your inventory will fill up and fart at you.

Other things you need:
·Carrot: in the hippo picture, click the tuft of grass the hunter is about to step on. Click on it again to pick up the carrot.
·Magnet: in the picture with the rabbit flipping off the hunter, put the carrot into the rabbit’s hand.
·Toilet brush: to the right of the toilet (open the curtains).
·Apple: Zoom in on the picture of the sleeping rabbit and throw the wrench (from the first safe) at the eyes in the tree trunk.
·Fishing pole: get the toilet paper (next to the toilet) and the crowbar (first safe). Zoom in on the picture of the stork and the frog. Click the stork’s leg so it puts it down, then use the toilet paper to tie it there. The bird will drop the fishing pole into the water. Throw the crowbar at the frog so it’ll jump and push the pole closer to shore. Repeat until you can get the pole. Double-click the pole in your inventory and put the magnet on the end.
·Wrench, crowbar, hammer: in the first safe.

Metal pieces (the teeth for the chainsaw):
*Scene with the safes
- Elephant’s trunk
- Inside second safe
- next to fireplace - click bottom left corner of bottom left brick.
- In plant pot (on the right just above the edge of the pot)
- bottom drawer of cabinet (yes, you can open it even after it’s been toppled)
- Hippo picture: There’s one on the butt of the hunter’s gun. Click the hippo’s navel to get it to open its mouth wider, then use the toilet brush to clean its teeth. It’ll lift its paw, revealing another piece.

*Scene with the table
- Mousehole - zoom in and put the apple in front of the hole. After the mouse comes and eats it, there’ll be two pieces - one on the left, the other on the right.
- Table - there’s one on the right edge, between the middle two boards. The other’s on the bottom middle of the crossbeam (the horizontal piece connecting the middle of the two X’s).
- Stuffed sable: the teeth are two pieces.

*Scene with door
- Top left corner of door frame
- Click the head of the bear so it lifts; hit the teeth with the hammer. Four pieces will be visible in this scene (including one in the very left bottom corner of the window, below your inventory); turn left to get the other five.

—–Step 5——————————-
Look at the chainsaw in your inventory and press the button to turn it on. Use the saw on the door until you’ve carved “Here I come!” (including the exclamation point, below the last E).
Click the door.